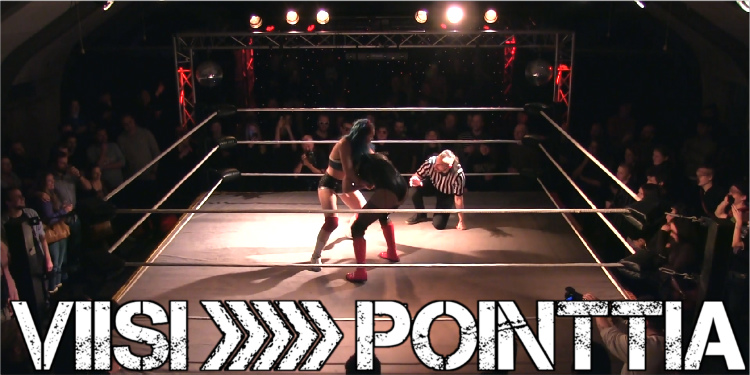 The crowd in Copenhagen was hot all through the night as the Danish wrestling promotion BODYSLAM! Pro-Wrestling hosted the first ever all-women’s pro wrestling event in Denmark this February. It was a historic show for Smarkside as well, since this is the first time we write a five point review of a (non-Finnish) Scandinavian event.

Having almost zero knowledge of the Danish wrestling scene before this, I wasn’t sure what to expect as I decided to rent this show and start exploring Scandinavian wrestling deeper than before. The reason this exact event was the one to attract my interest was the fact that it truly was a historic show as the first ever all-women’s pro wrestling event in Denmark, plus I wanted to see Swedish wrestler Betty Rose in action right before she makes her debut in Finland at SLAM Wrestling Finland’s first ever public event, Mega Launch, later this month. (You can read my interview with the owner of SLAM Wrestling Finland, StarBuck, here, albeit in Finnish only.)

That being said, Women’s Fight Night delivered. The show had a great atmosphere from the get-go, with fans, wrestlers and commentators alike having a good time. Speaking of commentators, I was pleasantly surprised by the fact that they spoke in English. I believe it is crucial to do so if you want to spread your content worldwide. I mean, I love—for example—Trent McGregor’s Swedish commentary on Svensk Wrestling Syd’s shows, yet English as the lingua franca makes it so much easier to understand the stories and characters we get to see throughout the night.

As far as the production values go, I have to admit I was somewhat disappointed. Then again, that might be the case just because us Finnish fans have been spoiled by the sweet venues FCF Wrestling has had the privilege to book lately. There was a hard cam and a few ringside cameras as well on Women’s Fight Night, but the lightning was a little bit distracting at times. Also, the audio wasn’t that amazing either. However, this is mostly just nit-picking, as I have seen far worse production values throughout the years.

In short, Women’s Fight Night included five fun, all-out matches with decisive finishes and zero swerves. Fans in the crowd were drinking beer and cheering the babyfaces with smiles on their faces. I enjoyed every minute of it, and I think the show had fine booking.

2. Kanji will be a huge star

Like I mentioned, my knowledge of the Danish wrestling scene is quite limited, and thus this was the first time I ever saw these wrestlers in action. However, I’m not even sure if any one of them was actually Danish. I mean, you’d have to do some real journalistic research if even Cagematch can’t give you the answers you’re looking for, but judging from the crowd reaction, I do believe Elena Morgenstjerne did indeed represent Denmark. (They were singing Denmark’s national anthem during her match as she—as the underdog babyface—was battling the scary kickboxer-turned-to-wrestler Aliss Ink, you know.) According to Cagematch, Betty Rose’s opponent Aya Frick is from Sweden, with Amarah, Candy Floss, Charlie Morgan, Jetta, and Laura Di Matteo being British. Aliss Ink, I believe, is from Sweden, too.

There was one wrestler who particularly stole the show, and her name is Kanji. She is apparently a British wrestler as well, and I couldn’t believe my eyes when I read she made her debut (at least in) Defiant Wrestling just a few months ago. If that’s when she made her in-ring debut altogether, I’m stunned.

I’m not completely sure how young Kanji is, but given I heard the commentators correctly, she’s just 19 years old. Nevertheless, I think she has a very bright future in this business, as she quickly became the crowd favorite at Women’s Fight Night as the high-flying David to Amarah’s monstrous Goliath, busting out nice maneuvers such as the moonsault and Rey Mysterio’s 619. Not only that, I think the match had some great in-ring psychology, albeit the story was as simple as it gets. Amarah, trained by Paige’s parents Ricky Knight and Sweet Saraya and known by her nickname ”Vooodoo Queen”, deserves praise, too, as she turned out to be one hell of an old school monster heel in this match which was my pick as the match of the night.

Another reason I enjoyed Women’s Fight Night’s booking—besides the fact that there were no confusing Dusty finishes, which makes it that much easier to learn about wrestlers and promotions you’ve never seen before—was its pacing. The opening match was a fun, charismatic, somewhat humorous battle between the happy-go-lucky 50s girl Betty Rose and the sensual succubus Aya Frick (who, by the way, was trained by Sweden’s Steinbolt and Finland’s Valentine). Next up was the match of the night with the impressing Kanji attempting to survive Amarah’s vicious onslaught. Then, Candy Floss and Laura Di Matteo had a much more competitive and technical bout, which was followed by an entertaining match between a dead serious athlete (Aliss Ink) and, apparently, a fun-loving ”people’s champion” of sorts (Elena Morgenstjerne). In the main event of the evening, British wrestlers Charlie Morgan and Jetta closed the show in a match in which the 32-year-old veteran with 17 years of experience, Jetta, shone especially bright—and left quite an impression.

This kind of pacing kept the show fresh, even if nothing could really follow Kanji and Amarah. Luckily, Aliss Ink and Elena Morgenstjerne cheered everybody up, with the beloved Morgenstjerne reminding me a little bit of Sweden’s El Vecino in some strange manner. Thus, this match struck gold and functioned as a fun, fast-paced breather right before the big main event of the evening. Kudos to Aliss Ink as well, as she played the part of Ronda Rousey or Aleister Black quite well in this match. In fact, I’d love to see Aliss Ink squaring off against a male competitor in an intergender match here in Finland one day.

I have no idea whether this was a one-of-a-kind show or if BODYSLAM! Pro-Wrestling plans to book all-women’s events in future, too, but one thing is for sure. We want more, and not only do we want more, we also need more, because—unfortunately—there aren’t too many female wrestlers in the Nordics right now, and events such as this could possibly open some new eyes and help women’s wrestling evolve in this part of the world, too. As great and warmly welcomed as the British wrestlers are, I can’t help but dream about an all-women’s wrestling event involving Nordic wrestlers only. Just the chance, the opportunity, to participate in an event such as that might motivate women to begin training and try and make that dream come true. Having the honor to wrestle on such a card could be seen as a huge achievement, and achievements motivate actions.

Enough said. Finland’s FCF Wrestling is absolutely on fire right now, and the venue at Teatteri Forum in Helsinki is awesome. SLAM! Wrestling Finland is yet to launch its inaugural public event, but I’d sure love to see SLAM! Wrestling’s shows on Vimeo (or any other such platform), too.

BODYSLAM! Pro-Wrestling, to me, was a well-kept secret until I, gladly, decided to watch Women’s Fight Night. FCF Wrestling and all of its rising, spectacular stars, such as Polar Pekko, Shemeikka and Viktor Tykki, are well-kept secrets, too, even if they shouldn’t be.

Thus, I tip my proverbial hat to BODYSLAM! Pro-Wrestling and all the wrestlers of Women’s Fight Night for paving the way for Nordic wrestling. 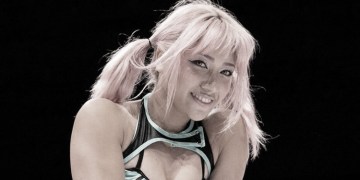 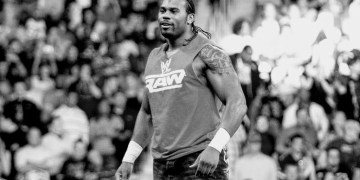 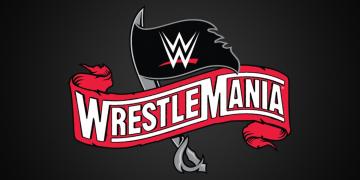 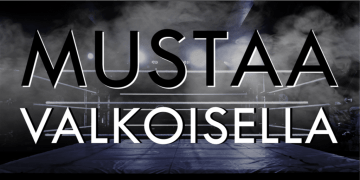