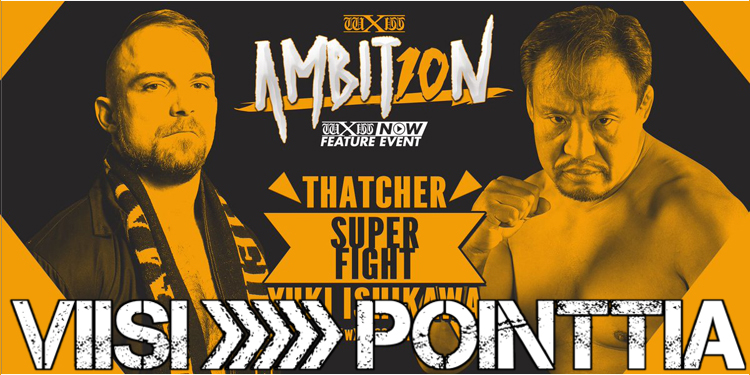 Watch the event at wXwNOW!

The 10th iteration of the Ambition shoot style tournament once again took place during the 16 Carat Gold weekend. The legendary Turbinenhalle was packed with grappling fans anticipating a show of sportsmanship and brutality. The international field was stacked with some hot names and some relative unknowns. And the cherry on top, a “Super Fight” between the founder of Battlearts and the grittiest man in wrestling.

In my honest opinion, professional wrestling visually works best when it is a bit grimy and not a grand media presentation. The WWE LED-based assault actively hurts my senses and much to my dismay the Kevin Dunn-style unnecessary zooming and shaky-cam has reached its slimy tentacles outside of the sports entertainment giant. Thankfully, products like Lucha Underground (rest in piece), New Japan Pro-Wrestling, and wXw keep the action front and center.

Ambition was filmed with two cameras and no commentary, and it worked perfectly. Hard-cam captured all of the action, and the lone cameraman at the side of the ring handled the rest. I’m usually not a fan of shows that feature no commentary. When catching a NJPW or Dragon Gate show without commentary, I feel my attention drifting. Here, I was forced to pay attention to every second of in-ring action. And honestly, it was pretty refreshing. I did not need a Michael Cole or a Glen Joseph yelling at my ear when a nasty hit landed or a brutal submission was locked in. I could see it, and I could feel it.

Sure, the commentary would definitely help a newcomer familiarize themselves in the style, the psychology, and the wrestlers. Might be a turn-off for some, but I enjoyed it.

Despite my love for some technical rasslin’, this was only the second shoot style event that I had ever watched. The first being last year’s Bloodsport, which left me with some mixed feelings. Mostly on why on earth Masada was even booked. So I have to apologize to all of you shoot style aficionados out there. I have not studied the entire back catalogue of Volk Han or Akira Maeda, I have not ordered a “Best of Hideki Suzuki” DVD, nor have I ever dabbled with MMA outside of a few scant UFC highlights.

That being said, it did take a few matches to get into the flow of things. It’s like pro wrestling—except not really. There is no playing to the crowd, no clear face of a heel or any of the usual pro wrestling tropes. And when the contests dipped into some pro wrestling stuff, it immediately felt fresh and important. In an era of flips and death defying apron spots, a simple format with strikes, submissions, and slams just feels clean.

I also had to throw away my preconceived notions about wrestling booking. The opening match was between Rico Bushido, a man I’ve come to know as a color commentator for the wXw English commentary team, and Veit Muller, seemingly a rising star in Germany after being associated with Ringkampf. By the sacred teachings of ”Ye Old Wrestlahment”, the younger, active competitor would go on to have a good showing and might even be a potential finalist. In reality, Muller had no weapons against the high octane kickboxing offense of Bushido and was swiftly eliminated. Well then, my usually iffy predictions were once again shattered right at the gate.

Out of the eight man field in the tournament, I was familiar with Chris Ridgeway, A-Kid, Shigehiro Irie, and Danny Jones, although Ridgeway was the only one I’d seen more than a few matches from. Bushido, who was apparently a former winner of Ambition, Muller, Punch Drunk Istria, and Laurance Roman were new faces for me. Roman left no lasting memories during his brief scrap against Irie, but rest of the combatants felt right at home in the shoot style setting. Istria was really solid and had an enjoyable bout with Danny Jones, who should have a bright future ahead of him. Bushido was a real surprise and was stylistically a different beast with flashy and quick striking when the rest of the field keeping it mostly grounded and technical. Irie’s first round match was perhaps the weakest, but the big man redeemed himself with some impressive closing stretches in the later rounds.

The real gem of the tournament matches, however, was the technical exchange between Chris Ridgeway and A-Kid. Ridgeway is someone who has impressed me with flashes of greatness in Progress, but I’ve yet to see him in that one killer match. A-Kid impressed the world in his battle against Zack Sabre Jr last year. Despite the Kid/ZSJ match being great, I didn’t immediately hop aboard the hype train. Now, after this fight, I can see the light. After the three previous matches, where the mat wrestling solid but not particularly exciting, Kid and Ridgeway had a banger with clean escapes, lighting fast transitions, and some bone breaking locks. The two knew how to build a match on the shoot style foundation. Hell, this would have been a great final! A hearty recommendation.

This year has been quite a rollercoaster in the wrestling world. One guy signs there, other signs somewhere else, some new promotion pops up—with wrestlers getting locked up in deals in a rapid pace, there are two wrestlers who seem to steer clear of any contract related rumors. One of them is David Starr. The other is Timothy Thatcher.

Worldwide, Zack Sabre Jr. is lauded as the finest technical wrestler alive. The lanky Brit might be able to transition from hold to hold effortlessly, but Thatcher does everything with such purpose and aggression you can’t help but be transfixed with his performance. The emotions and silent charisma make Thatcher a joy to watch in this environment. And to quote the Hulkster, he has the look, brother jack dude! Maybe his style just doesn’t translate to larger American arenas.

His opponent was the founder of the shoot style promotion Battlearts, Yuki Ishikawa. The 52-year-old grappler is also known for training the current WWE Smackdown Live Women’s World Champion Asuka. For Thatcher, this was an opportunity to test his might against his mentor. Thatcher, a true student of the game, had honed his style after Battlearts, even getting the chance to train under Ishikawa some years back. Their first meeting in the ring took place just a few days earlier in tag team competition.

The audience were treated with a excellent display of shoot style. You could describe this as violent chess. My jaw was left on the floor constantly with Ishikawa’s brilliant transitions that I had never seen or even though possible. Thatcher answered with his trademark brutality and some on point selling. Every move executed with the intention of winning. Every lock more dangerous than the last. A belly-to-belly suplex looking like it could finish a match. A sentence not muttered since Shane Douglas was relevant.

This match was beauty in combat. Match of the night and the best match I’ve seen from Thatcher that doesn’t involve his Ringkampf teammate WALTER.

5. The art of combat is definitely not for everyone

For those fans who seek out the flamboyant gimmicks, the electrifying segments, and the characters who leap off the screen, Ambition might sound like a nightmare. And I get it, in-ring prowess can only get you so far. But for those who want to try out something new, Ambition 10—and shoot style in general—might be a nice change of pace. Clocking in at under 90 minutes, Ambition is a brisk watch in an age where most shows have a problem fitting under three hours.

In summation, shoot style is a special treat. It’s not something I’d want to fill my whole diet with, but once in a while it can be great. I’m already looking forward to Josh Barnett’s Bloodsport and next year’s Ambition. 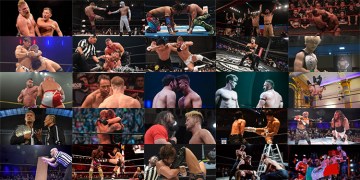 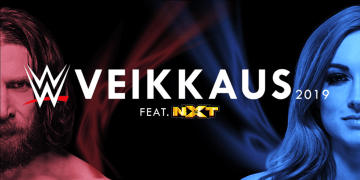 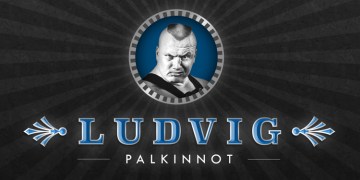 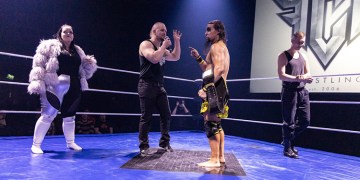