YOU ARE HERE:Home » FCF Wrestling » The Beast – To the Top of The Food Chain
FCF WrestlingIn EnglishInterview

The Beast – To the Top of The Food Chain 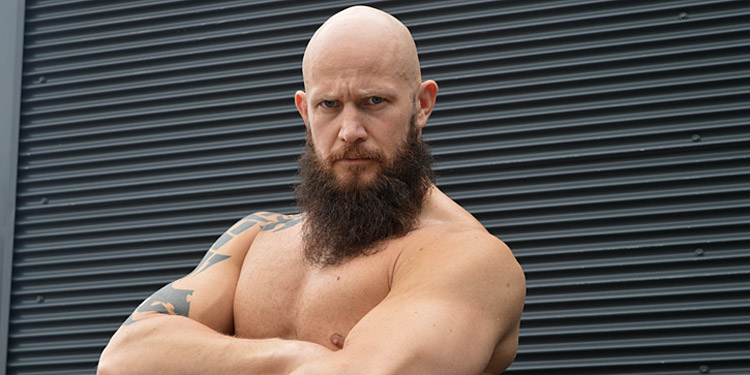 Hailing from Sweden, the man simply known as The Beast has taken his first steps as a professional wrestler on Finnish soil, running through the ranks of Fight Club Finland with haste in a short period of time. The magnitude of the behemoth’s rise has already guaranteed him a shot at the FCF Championship on the 8th of August. Where is the challenger’s head at as he sets to take on the champion Valentine, and how much is he willing to give away of himself? We took our chance and sat down with this beastly individual.

Smarkside: Technical details first: what is your weight and height?

You have a background in martial arts. How did you end up in pro wrestling?

– I’ve always wanted to do pro wrestling, ever since I was a kid, and I’ve been doing martial arts with judo for 9 years and MMA for 8 years, submission wrestling and all kinds of strength sports too. But since I got onto the Gladiators tv-show I really liked the show business and thought it’s time to go for pro wrestling as well.

What is the origin of your ring name The Beast? Any reference to Brock Lesnar?

– It’s my name from the Gladiators. So the kids know me as The Beast, and then I thought it would make a good transition to pro wrestling, so the kids don’t have to learn another name and get confused.

So you have also taken part in the Swedish adaptation of Gladiators — do you feel there are similarities to wrestling which you have been able to implement into your ring work?

How does it feel to have risen so far up the ranks in such a short time, getting title matches and such? Is The Beast humble?

– Yes, he’s humble. I really appreciate the chance to come to Finland and train with StarBuck. If I hadn’t been training with StarBuck, I wouldn’t be here today. I owe him everything in my pro wrestling career.

You even took part in a WWE try-out recently, did anything come of that? Who would you like to face there?

– They were pretty strict that I shouldn’t talk about it, as always. But I didn’t get a no. I didn’t get a yes. So maybe. They really liked me, and we’ll see what happens next. I would face them all there, every single one of them!

When did you discover an interest in wrestling?

– I think I was about 9, and I was at my father’s home, and he had one of those cable tv’s, and if I remember correctly, the first match I saw was with Hulk Hogan. And I’ve been a fan ever since. But when my own sports career took place, I didn’t watch so much of pro wrestling, but I’ve always had it somewhere back in my head. When I’m watching an MMA event I love the entrances and the performance aspect more than I love the fighting aspect.

Let’s address the elephant in the room: Goldberg. Is he an influence to you? Was it your choice to use the Jackhammer as a finisher?

– (Laughs) Yeah, Goldberg is probably my favorite of them, out of all the wrestling characters. So I figured, hell, I’ve got the MMA background, got the gloves and similar look—so let’s go for it. 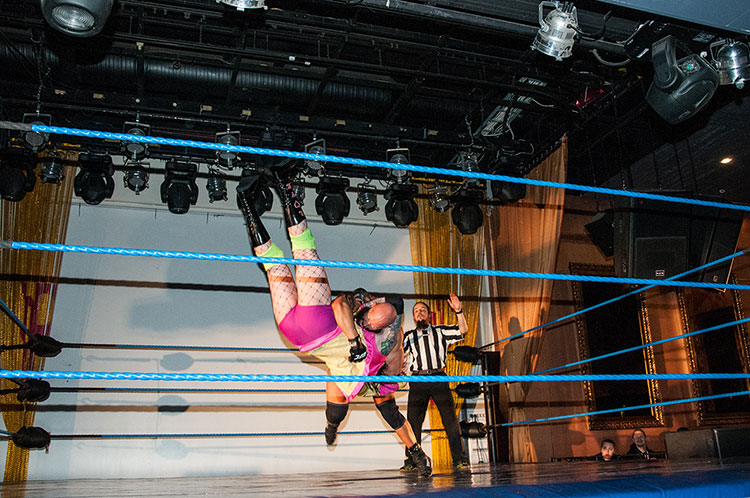 Any other favorites and influences in wrestling?

– I watch them all, I try to learn something different about all of them. Can’t name anyone specific, but all the guys in the main roster now are good.

Like Goldberg would say: Who’s next? Which guy or group in the FCF locker room would you like to destroy… I mean face, next?

– Well there’s Valentine for sure, and then I’m probably aiming for StarBuck.

You were trained to wrestle by StarBuck. Did you partake in the general classes with other rookies or was it completely one-on-one with the man?

– Both, general classes and one-on-one.

Do you feel like he has taken you under his wing, so to speak, like he’s done with a selection of young talent in the past?

– Yes, like I said, without him and his coaching with the ability to see the little things, I wouldn’t be where I am right now.

Your training routine seems to be ”beastly” to say the least. How many days a week do you work out?

– Every day, 1–2 times a day. I try to do everything and mix it up. I do the bodybuilding stuff for physique, and I do the strongman stuff with tire flips and other heavy things, and a little bit of running, but for cardio I mostly do submission wrestling. Crossfit and stuff like that isn’t my thing.

And a beast’s appetite requires at least how many meals—six? What’s your advice to anyone looking to become physically beast-like?

– It depends on if you want to tone down, or bulk. Now I’ve been on a bit of a bulking season lately, and going to start cut weight again in November. Now I eat every 2–3 hours. I eat everything, but a very basic meal for me is some chicken and potatoes. Every now and then I have pizzas too, and then I eat two at the same time!

How do the Swedish and Finnish wrestling scenes compare? Have you noticed any major differences in the backstage atmosphere, the way the shows are put together, or anything? Do you prefer one to the other?

– They are a little bit different. In the locker room in Finland all the guys are friendly, and in Sweden too, so that’s good when you are a newcomer. I think there are really, really good talent in Finland that we should use in Sweden, too. There’s been some mixing of the two, but I’d like to see more of the Finnish talents over in Sweden, like an all-out war between Finland and Sweden! 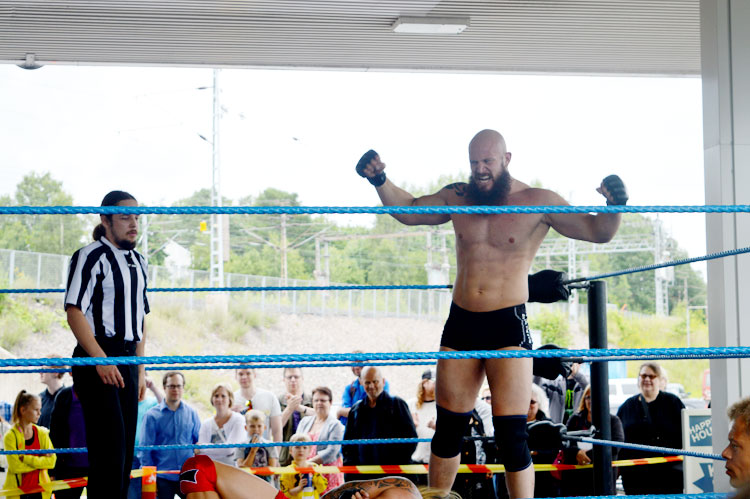 What’s your take on the group known as Bättre Folk? Do you think they are a good representation of the Swedish people (although only being Finnish-Swedish), and have you considered joining them?

– No. I’m going to show them who’s the ”better people”, and I would never join them. They actually tried to bribe me to taking a fall in the title match at Summer Smash. It got caught on the security cameras, and I posted it on Facebook so you can check it there.

If you become the FCF Champion, will you stay here to defend it regularly, or bring it home with you until someone takes it back?

– If I manage to land the title fight and take home the belt, of course I’m gonna bring it back to Sweden. But I’m never going to turn down an opponent, I don’t care, I can face them all! I’m going to defend it against anyone FCF puts against me.

What can we expect to see from your match at Summer Smash? Any message you would like to send to your opponent Valentine?

– You’re going to see some really intensive fighting, and Valentine is gonna have to back up his words, because he’s a big talker. I don’t have anything to say to him, that’s why I haven’t spoken to him in the ring, I’m gonna let my wrestling do the talking. I’m going to roll over him, and look down on him one last time.

Thank you for the interview, and good luck on your title match at Summer Smash. 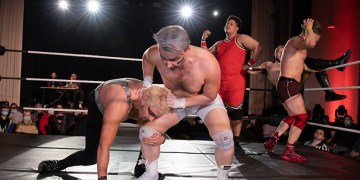 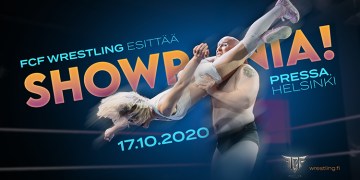 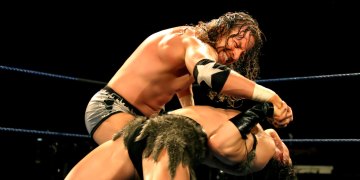 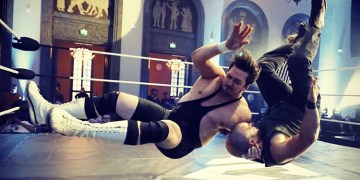 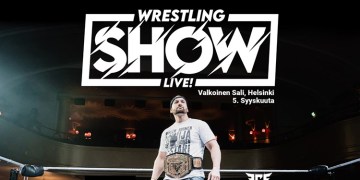 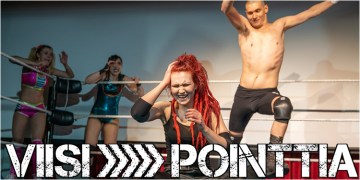 Arvio: The Undertaker vs. Brock Lesnar (No Mercy 2002)